Get fresh music recommendations delivered to your inbox every Friday.

by The Nick Horner Family 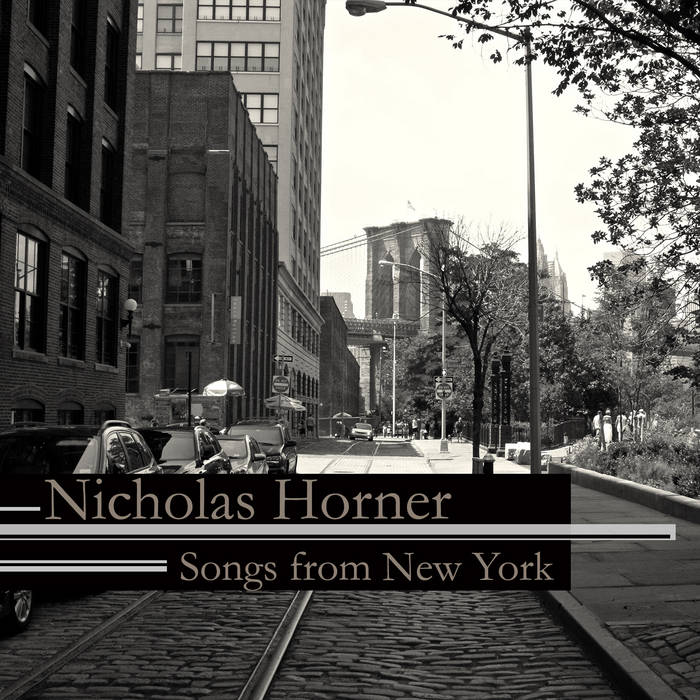 "I can still remember the balmy afternoon that I toted all of my earthly possessions from central Pennsylvania to my would-be home for seven years in the heart of Hasidic Jewish Bed Stuy, Brooklyn. Within the lofty 14 foot ceilings and walls dressed head to toe with eclectic street finds and knickknacks from tenants long past, I found a place to begin collecting the people and experiences of New York. This is a city of culture and music, each tucked messily into every nook and cranny, spilling out from cafes, bars and underground venues onto streets and corners, filling the air with more music and life than any one person could hope to ingest in a single lifetime. Songs from New York is simply an ode to this prolific period.

Each recording on this compilation represents the momentary creme of the crop that quickly went by the wayside time after time. New and exciting experiences arose and collaborators emerged from the crevices of newly explored corners. Thus, many of these recordings never got their light of day while others were never appreciated as I’d hoped they would be. Regardless, it is with great delight that I present the fruit of a seven year harvest; some songs have withered with time, others gone on to seed newer iterations of themselves, but each is still sweet with the emotional honesty of the moment it was first reaped."

“Nicholas Horner was not always physically present in New York City during his (first, perhaps) phase here. But when he was in the city, he was always entirely present. Maybe that’s why he took off for the road so often. He had to. He absorbed everything while he was here, without filters, without hesitation… piling up his plate at the world’s most expansive musical buffet like your ravenous relative at a banquet. No wonder he had to split town so often. He consumed it all, from the lofty heights of Lincoln Center to the high lofts of central Brooklyn. These included his own loft in Beford-Stuyvesant, where he hosted musical events attended by artists of supremely diverse backgrounds, from balladeers to deep sounds (not sure what that is but I heard it there) to metalheads to solo instrumentalists to opera singers to rappers. It was as if each contributor were a specter of Horner’s own gloriously varied creative fire.

Diverse stylistic expression alone – even of such a supreme level as this collection – wouldn’t have held my attention long if that were its only attraction. But Nick didn’t only consume. He hunted the vein of gold in each offering, trying to make what he found true for himself. That’s how he wanted others to engage with his music. He never once asked me if I liked a new song of his. All he ever asked was if I believed it. So for all the stylistic diversity in this collection, its most compelling aspect is its unity. And the unifying factor that turned out to be (I learned, largely through Nick) what I always looked for in all music is truth. I believe he does mean it in every one of these crazily connected pieces, whatever “it” is. I believe other people will hear the same thing in this collection too.”

A cast of characters rotating around Brooklyn/Knoxville-based singer Nick Horner. Roots rock and folk jazz with a tinge of the unpredictable.

Bandcamp Daily  your guide to the world of Bandcamp